Plant a tree in memory of Willie
An environmentally-friendly option 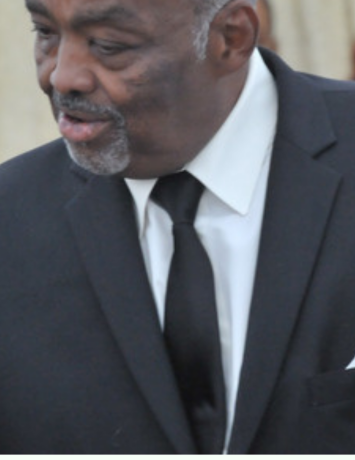 Willie married his soul mate Pearline Harris on June 16, 1979 ( preceded him in death) and of which came about three amazing daughters and two sons in law; Lin Reed, Cheree Daniels (Guy), and Shernita Florez (David).

Willie was an extremely hard working career laborer, being employed at Jewel/Osco for 28 years until his retirement.

Willie was undeniably a born hustler, and well known for his love for the “horses” (racetrack) and his high tech lottery number strategy.

Willie leaves six great nieces and nephews; Lady, Jahmai, Aysah, Legend, Adrien, and Lorenzo lll, all whom he adored as if they were his own children.

Willie leaves behind his brothers from another mother, his six brothers in law; Michael, Kenny, Claude, Kene, Casso and Paul and his sisters in law Lolly and Nadine.

Willie was nothing without his 19th Avenue Posse!

Willie leaves us all with fond memories, great laughter, a few quotes, and many sayings!

A die hard Chicago Bears fan, he leaves us all to “Bear Down” regardless if they win or lose!

Although his untimely death breaks our hearts, each of us can rest assured he’s resting in his fathers arms.

In lieu of flowers, please if you haven’t recently, Please Go Get A Physical, Check On Your Loved One’s and Cherish The Moments You Have With Them!

Plant a tree in memory of Willie by clicking here.
To send flowers to Willie's family, please visit our floral store.

A service summary is not available

Plant a tree in memory of Willie
An environmentally-friendly option

Plant a tree in memory of Willie

Be the first to share your favorite memory, photo or story of Willie. This memorial page is dedicated for family, friends and future generations to celebrate the life of their loved one.

We ask on behalf of the family that you keep your comments uplifting and appropriate to help all who come here to find comfort and healing.

Plant a tree in memory of Willie